Patterns and Anti-Patterns in SRE Adoption 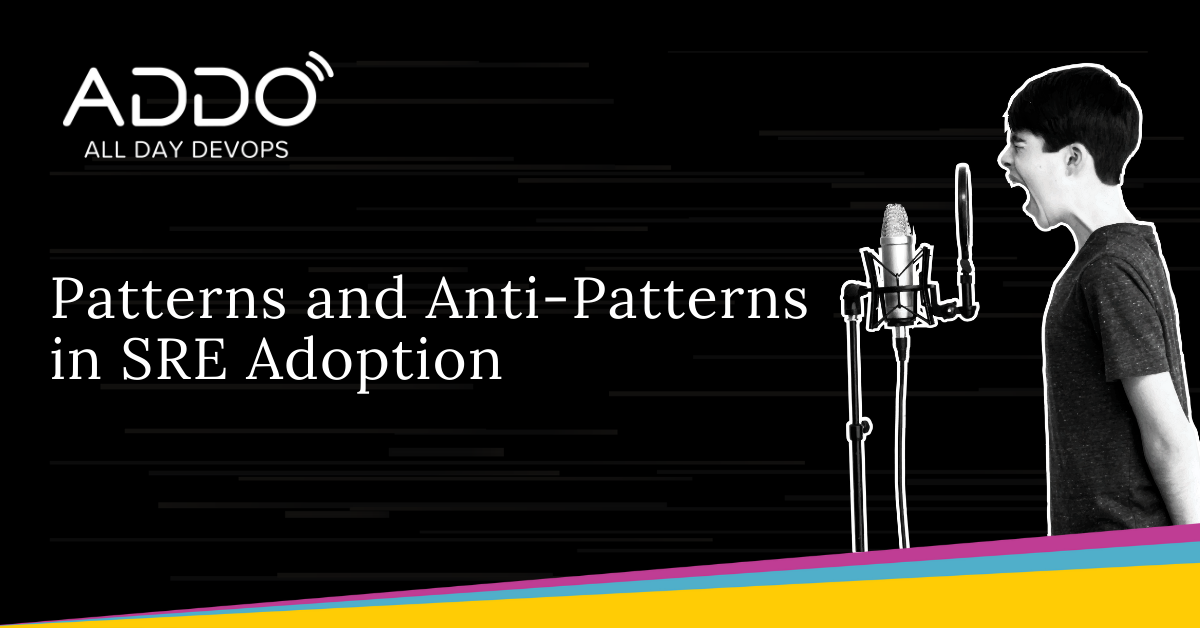 Patterns… Life is full of patterns. They're everywhere in Nature. Human behavior can also be understood as a succession of patterns. We tend to adopt behaviors in sequence and tend to repeat those sequences (or patterns) over and over again. But most of the time, we don't notice our behavioral patterns. We could even say that most of the time, we don't even realize that our behaviors even form patterns at all. But some people do notice.

Spyridon Maniotis currently leads Danske Bank's DevSecOps Center of Excellence and Enterprise DevSevOps Evolution. He has more than ten years of experience within the IT industry, where he has taken on various roles both from inside the industry and as a consultant. His expertise primarily focuses on DevOps transformations in the financial services industry. His favorite DevOps concept is Site Reliability Engineering, and he has experimented with various adoption patterns in his current and past positions.

Spyridon will be giving a talk as part of the Site Reliability Engineering (SRE) track at this year's All Day DevOps (ADDO). ADDO is the world's largest DevOps conference, which will be streaming live for 24 hours starting at 3 a.m. ET on October 28, 2021. The virtual event gathers more than 25,000 DevOps professionals for free, hands-on education from 180+ speakers, along with peer-to-peer insights and networking with professionals worldwide.

His talk looks at the patterns and anti-patterns that emerge when adopting SRE practices within organizations - primarily financial institutions such as banks, insurance companies, etc. He will be drawing upon real-world case studies and examples from the industry.

Spyridon will also outline the core elements of SRE adoption, like the operating model, tenets, process engineering, skillset, technological capabilities/tactics, reconciliation with DevOps and IT service management (ITSM), and mechanisms such as "error budget" & "engagement models." His talk will conclude by providing insights into better practices that lead to more efficient patterns.

But what are patterns and anti-patterns?

Within the context of SRE adoption, a pattern is a sound practice (a behavior, a way to achieve something) that helps you programmatically adopt a (DevOps/SRE-related) concept and gain a higher return on your investment. In other words, a pattern is a small, repeatable sequence of behavior that leads to success.

On the other hand, an anti-pattern is, as its name implies, pretty much the opposite of a pattern. So an anti-pattern would be a practice that hinders your ability to adopt an SRE concept and provides a lower return on your investment.

And insofar as DevOps can be understood as a combination of practices that enables organizations to achieve faster delivery to market while ensuring quality and compliance, patterns fit right in there. Patterns are one of the means to get there and are also part of what makes DevOps work.

Which side are you on?

Spyridon's talk will enable them to identify the driving forces that push them towards anti-patterns and gain insights into why they tend to replicate those anti-patterns over and over again. And in the end, they will be provided with tried and tested, pragmatic advice on how to transition from anti-patterns and move to the pattern side of things.

The ideal attendee would be anyone who directly or indirectly practices SRE. This talk will benefit those working in SRE, whether in a technical and non-technical capacity and at all levels.

As Spyridon says, "This is a very well-rounded event. I can't even think of a single topic that isn't covered this year. I love the varied backgrounds of all of the different speakers that this event brings together. Despite all of the varied backgrounds and experience, I feel that the event in general, and my talk in particular, can create the impression that we all work for the same company. Of course, we don't, but it feels that way when we realize that we all share the same issues. And so we can all share in the solution, which is fundamental to DevOps and SRE alike."

Register for All Day DevOps (ADDO)

All Day DevOps (ADDO), the world's largest DevOps conference, will be streaming live for 24 hours starting at 3 a.m. ET on October 28, 2021. Founded in 2016, the virtual event gathers more than 25,000 DevOps professionals for free, hands-on education. The All-Day DevOps is a global community of more than 75,000 DevOps practitioners and thought leaders offering free learning, peer-to-peer insights, and networking with professionals worldwide. Founded in 2016, the community hosts an annual conference, live forums, and ongoing educational experiences online. The 2021 event will feature a lineup of 180+ speakers in six separate tracks, including CI/CD Continuous Everything, Cultural Transformation, DevSecOps, Government, Modern Infrastructure, and Site Reliability Engineering.

Register online to participate in the 24-hour live, global event on October 28.