Girl on a Mission: Stories and Lessons from an Out of This World Career in Tech 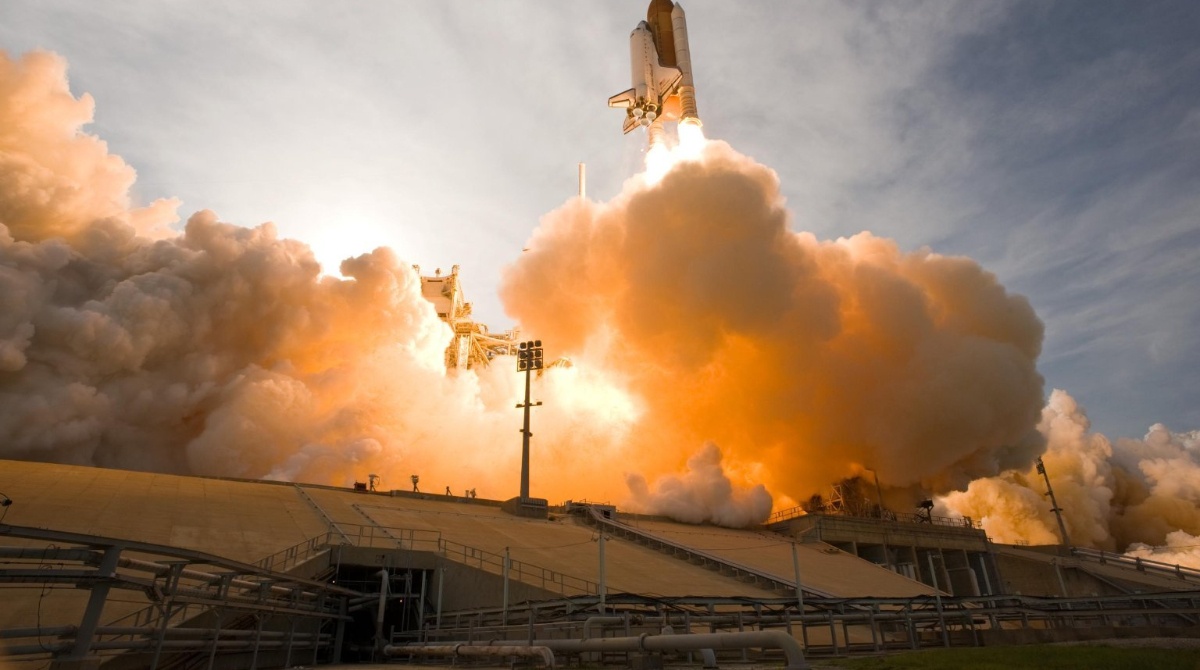 When Cindy Healy sat in the movie theater watching The Martian, tears started flowing when a spacecraft first appeared on the screen—an odd point in the movie to start crying. But this wasn’t just any spacecraft. It was the spacecraft that she worked on for years of her life.

With this opening to her 2018 All Day DevOps 2018 keynote talk, Healy took us through the story of her career, anecdote by anecdote, piece by piece. She gives us lessons she’s learned along the way.

There’s the type of gravity that keep us from floating into space. But there’s metaphorical gravity, too. There’s the gravity of doubts that we have about ourselves. And there’s crowd gravity, where others try to keep us down.

At the Jet Propulsion Laboratory (JPL), the team conducted an experiment: could they send a mission to Mars for $200M? They were challenged to send a spacecraft and a rover to Mars for less than Kevin Costner’s Waterworld budget. This project was not something that had people flocking to it. It was destined to fail.

However, there was a determination to make the mission a success that couldn’t be weighed down by gravity.

The team decided to go with an unorthodox method of getting the rover to the surface of Mars—they essentially bounced the rover onto the surface. No one thought it would work.

This is similar to Healy’s experience in life. She also experienced crowd gravity. She was told her primary mission was in the kitchen; that she should train herself to care for a future family, that this was her destiny. But that was not part of Healy’s dream.

Healy’s dream initially came from watching Mary Tyler Moore as a child. Mary was a woman who worked at an office and had a career. Healy didn’t want to be a housewife. She was able to get into advanced classes in school— in seventh grade, she even wrote a term paper for her older brother the let him pass high school— but still wasn’t sure what to do with that. She just knew her destiny wasn’t the kitchen.

Eventually, she found a job at Knott’s Berry Farm. One day her boss told her why she got to sit in the change booth all the time: “Because your change count is always accurate.”

Her boss also asked about Healy’s experience with math. And her next suggestion changed the course of Healy’s whole life:

And that’s how Healy started on a path toward computer science.

When Healy started at San Diego State, it was hard. Although she had friends in her dorms, she was lonely within her department. There were few women in computer science. And many of the students were quiet and not social. It made her feel incredibly lonely.

However, with that potential $25K paycheck pushing her on, she stuck with it.

And eventually she graduated and got a job for $28K—even better than the promised 25! But again, she was lonely. She didn’t belong. And she described it as “prison with a paycheck.” So her next step was to get additional experience so she could move on.

She worked again at learning. She learned as many languages as she could. And finally three years later she joined JPL. And eventually, she joined the Mars Pathfinder team.

This team was full of optimists that believed in each other and what they were trying to do. This common bond of exploring the universe pulled them through the tough times.

To Healy, inclusion is the difference between feeling accepted and feeling like you truly belong. Or more importantly, as Whitney Houston says “I want to dance with somebody. Somebody who loves me!” You do your best work when you feel like you’re accepted and welcome.

What’s important is creating the right culture and cultural norms for everyone to feel like they belong.

Lesson: Be a space commander, not a space cadet

Although Healy was a self-professed space cadet at first, she quickly changed to space commander. You too should take command of your career. Use your grit and dig deep to decide who you will be.

A few years back Healy didn’t like where she had landed on Microsoft’s stack ranking system. So she decided that she would fix a difficult problem around single sign-on: a problem that had repeatedly been left to “later” or “next year.” But Healy decided that this was her problem; it was the thing she was going to solve.

This would be a big deal. In fact, it would be big enough to be a “red jacket” deal. You see, Microsoft has a award ceremony where they welcome people into their circle of excellence and given a red jacket. This ceremony made a mark on Healy, and she vowed she would one day receive the red jacket.

Healy thought outside the box on this single sign-on problem, figuring out how to instead mask it. But she found herself weighed down by more crowd gravity. No one thought her solution was ideal. However, an opportunity presented itself.

There was a call for papers that allowed her to submit her idea to higher-ups in the company. An additional opportunity presented itself when she followed a manager into the ladies room and boldly gave her elevator pitch right there. That was her way in. Once it was found that a team at Azure was already working on this problem, Healy found herself spending her next year working on her idea. More importantly, that red jacket was hers at the next ceremony!

Healy was on a good team during the Pathfinder project. But she wanted something more. She wanted to be on the launch team. She needed a way to get herself on the list.

An opportunity presented itself, and, as always, Healy seized it—a teammate wanted to stay home with his pregnant wife. Healy decided that she could do his job. All she had to do was become a Linux operator. Simple, right?

It was a great experience, and she wouldn’t have made it there if she hadn’t taken advantage of that launch window.

But what happened next? There was an issue: an issue that required a Unix system administrator. So, with all eyes on Healy, she walked through her training. And fortunately, her training drove her to check hardware first. One loose cable fix later, the Pathfinder mission was back on.

Lesson: Test what you fly and fly what you test.

Part of testing what you fly and flying what you test means authenticity—being true to yourself. Healy has now found a company where she can be herself at Microsoft. She could come with her love of fun colors and big hair and personality and be welcome just as she is.

Computer science and other STEM fields still need minorities and women. We need to be pushing people into these roles and make sure that they’re welcome. And we need to create cultures that are inclusive and welcoming for everyone.

Though there are many diversity initiatives going on, the number of women in tech is still low. And we need to change that once and for all. This leads to the last lesson.

To dare mighty things, learn to say yes. Healy has decided that she will say yes to opportunities and open windows. When an opportunity came up for her to share her story, she did, and the world heard about her experience on the Pathfinder team. This snowballed into opportunity after opportunity.

Healy keeps a photo of Pathfinder in her office to help her remember to ignore the crowd, feel empowered, and always say “yes” to launch windows.

Missed Cindy Healy’s session, or want to see some other great presentations from October 17? Head over to https://www.alldaydevops.com/live and make sure you’re registered. Then, catch up on what you missed (or re-watch your favorites)!

About the author, Sylvia Fronczak

Sylvia Fronczak is a software developer that has worked in various industries with various software methodologies. She’s currently focused on design practices that the whole team can own, understand, and evolve over time. You can find her at sylviafronczak.com.