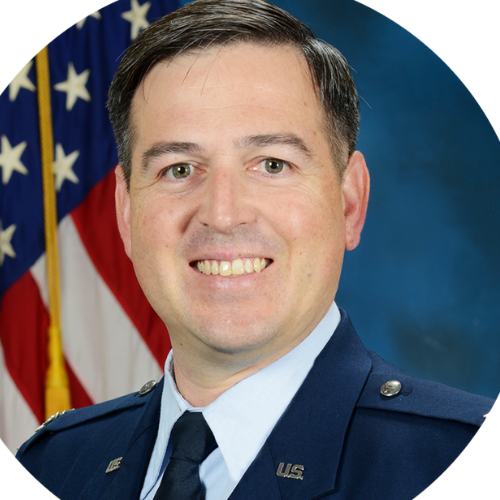 Session: The (Air) Force awakens: From Kessel Run to the moons of Bespin

We’ll chat about the origins of #KesselRun,#PlatformOne, what we’ve nailed, what we’ve screwed up, and where we’re headed next.

Colonel Enrique Oti is the Commander of AFLCMC Detachment 12 (KESSEL RUN), where he is responsible for introducing commercial software development tools, methodologies, and culture into the Air Force. Under his portfolio, his team is modernizing the worldwide Air Operations Center enterprise, Targeting and GEOINT systems, F-35 maintenance systems, and a range of unit-level systems for command
and control, and intelligence. Col Oti was commissioned on 28 May 1997 from the United States Air Force Academy. Following commissioning, his first assignment was to the USAF Special Operations School, Hurlburt Field, Florida, where he served as a course director and briefer in numerous joint special operations courses. In 1999, he was assigned to Joint Task Force Bravo in Honduras, where he supported the task force commander as Secretary Joint Staff, while additionally serving as the Deputy Officer in Charge of the JTF Bravo search and rescue team.

Upon assignment to Bolling AFB, DC, Col Oti performed numerous communications officer duties, culminating as the commander of the 11th Communications Squadron Information Systems Flight. Col Oti received a secondary designation as a Latin American Foreign Area Officer, and performed duties at US Southern Command Air Forces in Davis Monthan AFB, AZ, including deployable communications, Commander’s Action Group, and information operations, to include psychological operations and military deception. He was then selected as an Olmsted Scholar to Zhejiang University in Hangzhou, China, where he studied International Relations. Following his studies in China, Col Oti was designated as a Regional Affairs Strategist for China and assigned to the Commander’s Action Group, Headquarters, United States Pacific Command, where he directly supported the Commander as a strategic planner and Director of Strategic Communication. Later, as a member of the USPACOM China Strategic Focus Group, he specialized in analyzing Chinese strategies, to include national
development, maritime, and cyber strategies.

Following his assignment at USPACOM, Col Oti was selected as the Commander of the 694th Intelligence Support Squadron, Osan Air Base, Republic of Korea, providing flexible and reliable communications capabilities for Distributed Ground System - 3 (DGS-3) in support of the processing, exploitation, and dissemination of intelligence from the U-2 and RQ-4. He served as a National Security Affairs Fellow at the Hoover Institution, Stanford University, and most recently was assigned to Defense Innovation Unit Experimental, where he served
as a linkage between Silicon Valley and the DoD, focusing on strategic projects related to agile software and hardware development, networking, and cloud compute.