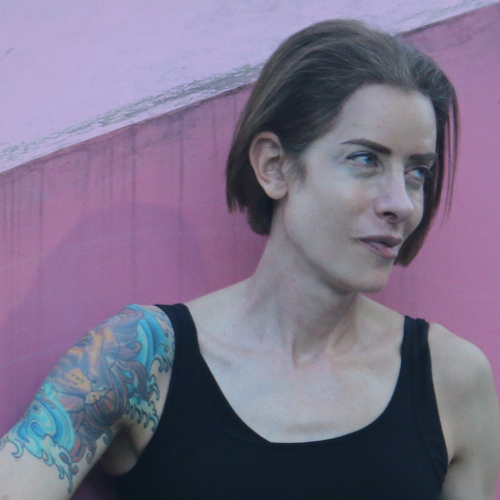 Alexi serendipitously came to the software development world from a career in Human Resources where she'd begun to code out of the desire to improve workflow and efficiency. After a few years in the .NET world as the principal creator of the NCCICredit system for National Credit Center, having seen the pain of lack of structure and automated testing, she gravitated to Ruby and Rails and has worked with this framework up to the present. In every position or gig she's held, it always was the devops side which was most attractive. Fast forward to 2017, after being hired on contract as a developer for SnappyTV by Twitter, when the SRE for the team left, she begged for the role and got it. Since then it's been all about Puppet, Centos, working through exciting and serial challenges up to the present.

I took on the sole SRE role for Twitter's SnappyTV 18 months ago, and learned Puppet and our other management tools however, when we needed to up our security game as well as take advantage of new AWS features such as new instance sizes, we really needed a tool which would allow us (okay, me) to document and make consistent and easy the roll-out of 9 new VPCs on 9 separate AWS regions, as well as to formalize and clean up our security groups on the same regions worldwide for our non-VPC networks, and pave the way for more consistency on the infrastructure level.

This talk can definitely be worked to be an intro to infrastructure as code (i.e. why and how) or more advanced talk on our emerging structure, lessons learned and dealing with multiple AWS regions. I'm open to either. Really passionate about infra as code (as well Puppet, anything that automates provisioning and consistency). By conference time (which will be after the end of my two year contract with Twitter) I will have had another six months to formulate lessons learned and probably learnings about migrating Terraform 0.11 to 0.12 which looks like it will be a major positive for us.

SnappyTV is an online and real-time video ingest, editing and sharing application acquired by Twitter several years ago. We run ~200 static server instances and up to an additional 1000 dynamic instances depending on load. Generates significant revenue for Twitter (I'd have to check what I can/not say in this area specifically). I have been the sole SRE/Devops engineer on this project since late 2017. http://snappytv.com/